Home » PPP: 014 Polarized Training – Used by the World’s Best Endurance Athletes and Why YOU should Too!

PPP: 014 Polarized Training – Used by the World’s Best Endurance Athletes and Why YOU should Too!

Polarized Training – Used by the World’s Best Endurance Athletes and Why YOU should Too! 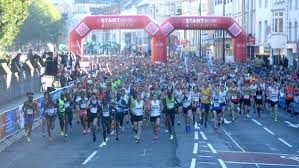 Today’ conversation is likely to blow up many of the basic ideas & beliefs you have about how to train for endurance events.  The information we are about to cover comes from an extensive body of research based on the actual training plans of the world’s best runners, cyclists, swimmers, nordic skiers and more!  What we are going to cover aren’t just good ideas, no, these are actual strategies and plans used by numerous Olympic & world champions.

Let’s begin; Most of us are very familiar with the 5 zone model of exercise intensity and have been using it extensively as the basis behind our training plan focused primarily on a wide variety of higher intensity interval training sessions which in theory will best increase our VO2Max and FTP to improve our performance.  Many of these interval sessions focus on performing work somewhere between 80-100% or 80-110% of our FTP or Vo2Max depending on what methods are available for testing/retesting the athlete.

FTP or Functional Threshold Power is the highest amount of power one can output over 45-60 min. Vo2Max is the maximum oxygen uptake or maximal aerobic capacity.  Now, many amateure + age group athletes, especially in the winter months will utilize 3 or more of these types of sessions per week. These sessions are often called, “FTP sessions”, “Threshold sessions”, “sweet spot sessions” or “VO2Max sessions”. Training like typically puts the long slow distance workout on the back burner. Often an athlete’s time constraints combined with an unjustified belief that there is little to gain by long slow distance workouts are the main reasons behind the lack of emphasis on them.  I have heard of these type of workouts called garbage miles. Three other things have contributed to a lack of favor in doing multiple sessions of long slow distance on a weekly basis;

Here comes the Big Curveball:  When you look at how the world’s best endurance athletes train and when you look at the SCIENCE behind best practices, what you learn is this: The world’s best athletes train dramatically different than those us using the standard high intensity interval program based on the 5 zone model of exercise intensity.  What is most surprising & the biggest difference is this: The best endurance athletes do FAR LESS interval work, In fact, the majority of elite level endurance athletes do upwards of 80% or more of their time working out in what we would call Zone 1 or Zone 2, at long slow distance pace!  That’s right, 80% or more of their time is spent well below their FTP or Vo2max intensities.

Now there is a catch, and it’s a BIG catch.  When elite athletes do perform high intensity interval sessions, they go ALL IN and are often willing & ABLE to push into sessions of higher FTP / Vo2Max %’s than what amateure & age groupers are able to do.  Why can elite athletes often train at intensities higher than non-elites? One likely reason is that many non-elites are carrying an excess of accumulated fatigue from the doing so many high intensity intervals sessions each and every week.  Remember that after doing high intensity based workouts, you may have lingering musculoskeletal soreness that can take 1-3 days or more to recover from, well your nervous system can take 7 times longer than the musculoskeletal system to recover!

An an example of how this happens is as follows: How many times have you done this…I know I have done this alot: You have a two hour long slow distance workout but are pressed for time so you think, “Since I only have an hour, I will push harder to make it “worthwhile”. Everytime we do this we are robbing ourselves the opportunity to acquire the benefits of LSD yet in going harder than we should for that workout we are  placing undue / unplanned stress on ourselves while not getting any real benefit of the increased intensity in this example since we are not going hard enough. Bottom line, research supports that most of us go too hard when we should be going easy and do not go hard enough when it’s time to truly get after it.

Because elite athletes push so hard during their intervals many of them only do 1 or 2 sessions per week!  This highlights one of the biggest training mistakes made by age group & amateur athletes: The belief that if some interval training is good, then more must be better.  We have to appreciate the fact that high intensity interval training puts a significant strain into the muscles, joints, ligaments, connective tissue, and it puts a significant stress on the energetic system, nervous system and endocrine system, as it activates heavily the Hypothalmus-Pituitary-Adrenal-Axis which can lead to overtraining and ultimately poor performances, sickness and injury.

Now here is where the long slow distance workout shines.  Keep in mind that any event that lasts longer than 10-12 seconds will require some aerobic metabolism.  Therefore, anything that we can do to train our body on a cellular level at becoming a better aerobic engine will aid in such event.  Performing long slow distance workouts has been shown to improve not only our cellular aerobic metabolism but also improve cellular signalling which in turns improves many key processes such as DNA transcription, RNA translation and the building of proteins which is critical in connective tissue repair, bone & muscle building and even hormone synthesis!  However, unlike high intensity interval workouts which result in significantly more stress on the body, long slow distance workouts are relatively low stress, especially in regards to adrenal glands and entire HPA axis!

If you are not yet convinced about the power of polarized training, let’s dive deep into some real world examples:

Research by Billat and others in 2001 looked at elite French & Portuguese marathon runners in the 12 weeks leading up to the Olympic trials.  What they learned was these elite marathoners spent 78% of their training time at speeds well below marathon pace, which for them would be considered long slow distance.  Meanwhile they ran just 18% of their time at either 10km or 3km pace and just 4% of their time at actual marathon speed.

Mujika and others in 1995 looked at training data from national and international class swimmers over an entire season.  Now these athletes specialized in shorter events, 100m and 200m races. These races only last on average between 60 and 120 seconds nevertheless as we discussed earlier, even these events require aerobic metabolism.  These athletes spent 77% of their time swimming at an intensity that would fall into periodized zone 1, categorized as long slow distance pace.

Steinacker and others in 1998 looked at training data from elite German rowers that were preparing for the world championships.  This event requires athletes to row over 2000m. This event will typically last 6 to 7 minutes. The researchers found they spent 90% of their time training at an intensity that would fall into periodized training Zone 1 (long slow distance pace), virtually NO time training at threshold (periodized training zone 2) and just 10% of their time at high intensity (polarized zone 3).

In 2004 Fiskerstrand and Seiler looked at data from 27 elite Norwegian rowers who won either Olympic or World medals.  They were able to look into three decades (1970’s, 1980’s & 1990’s) of evolving training plans and this is what they learned.  Over this span of time the average Norwegian rower was able to increase their Vo2max by 10% which is incredible for athletes of this caliber.  The researchers found two major adjustments to the athletes training plans over this period of time. Number one; “Overall training volume increased by about 20% and become more dominated by low-intensity volume” (polarized zone 1).  Number two; “very high intensity overspeed sprint training had declined dramatically in favor of longer interval training at 85-95% of Vo2max (polarized zone 3).”

Cyclists & triathletes listen to this; Schumacher and Mueller in 2002 looked at training data for the German gold medal winning track cyclists (Sydney Olympics).  What these athletes were able to do was truly remarkable. They had trained themselves to be able to hold 670W in the lead position and when falling back into the draft maintain an output of 450W!  The researchers learned that the majority of their training plan consisted of low to moderate cycling not on the track but on open roads and their total ride volume at this pace was huge (29-35,000km/year).  Now this is particularly interesting: In the 200 days before the olympics, where one would think they must have done incredibly high intensity intervals in order to get them in ready to push almost 700W on race day, they did just the opposite.  70% of their training days consisted of long slow distance rides at 50-60% of their Vo2max. 20% of their training days consisted of stage racing. Less than 10% of their training days were spent on the track at olympic race day intensity! Of that 10%, most of those days were done farther out from the olympics, in fact, in the 110 days leading up to the olympics, they only spent 6 days or just 5% of their days training at olympic race pace!  The take home message, training a massive aerobic engine is key to achieving elite level performance in endurance sports!

So there its folks, data from some of the worlds best runners, swimmers, cross country skiers, rowers and cyclists that support the use of polarized training plans as a means for achieving elite level performance.   For those interested in learning more I highly recommend reading the following from Seiler and Tonnessen, “Intervals, Thresholds, and Long Slow Distance: the Role of Intensity and Duration in Endurance Training.” It can be found in the journal Sportscience.  I will put a link to it in the show notes.

I hope this provides some food for thought, especially since this episode will be released in November, a time when a lot of us especially in the northeast are heading into winter and are in the midst of planning how we will train throughout this season.  My best advice; heed the information covered here today, resist the trap of doing too many high intensity interval sessions each week. Do not get fooled into going for a KOM or QOM every time you are outside or virtually training. Most importantly, take some time and focus on the long slow distance workout now and throughout the year to ultimately get stronger, fitter FASTER!

This concludes today’s episode of The Peak Performance Podcast, where we discuss tips, tools and strategies for optimizing athletic performance, overall health & wellness! Please SUBSCRIBE to this podcast so that you never miss a future episode, also PLEASE SHARE this podcast with ANYONE you feel may benefit from what we covered today.

Insulin Resistance (IR), a leading cause of Alzheimer’s, Dementia, Diabetes, Obesity, Inflammation & More. Learn what causes IR and what you can do to both prevent & reverse it!

PAIN: Why Pain Is Your Friend And Not The Enemy!

Lorem Ipsum has been the industry's standard dummy text ever since the 1500s, when an unknown printer took a galley of type and scrambled it to make a type specimen book.