Welcome to the Peak Performance Podcast 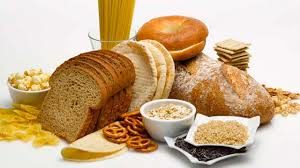 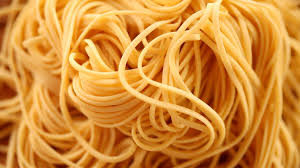 Today’s topic is a big one.  It seems that everyday more and more athletes are showing signs of gluten sensitivity yet at the same time many conventional providers are saying that such a problem just does not exist.  What is the truth on this topic? I fully expect to blow up some of the very core beliefs that you and even your doctors may have about gluten and all of the disorders associated with it. Well, if you are ready, roll up your sleeves, have a notepad ready and I will drill down deep into these issues in order to get past the myths, the rhetoric and get down to the truth about gluten.  Here we go.

I think the first thing we must do is to accurately define some of the key compounds & substances we are dealing with.  I think you as well as many health care providers who have not been adequately trained in this topic will be surprised to learn what some of these substances actually are.

What are Grains?  Grains are the seeds of grass.

While we are on this topic, what is a Cereal Grain? A cereal grain is any grain that is grown for food.

Let’s get back to Gluten.  Did you know there are over 400 different proteins that make up gluten.  These proteins fall into two major classes, (1) Prolamines and (2) Glutelins.  Different grains contain different percentages of these protein groups.  Now, the most well known of all these proteins is the prolamine gliadin.  The prolamine gliadin is the most well known because this protein has been most focused on in the medical literature.  Why, simply because this is the protein that is related to celiac disease.   To further complicate things, the prolamine proteins, themselves,  can be further broken down into 4 subfractions: alpha, beta, gamma and omega.  The subfraction of the prolamine gliadin that is linked to celiac disease is alpha gliadin.  Now, not all grains have alpha gliadin protein. This leads to the common mistake that many people make which is to assume that if a grain does not have this ONE protein then they believe the grain is gluten free (like corn of rice).  Now you know why this is incorrect, there simply is no such thing as a truly gluten free grain. There are alpha gliadin free grains. However, alpha gliadin free grains like corn and rice still contain literally hundreds of other gluten proteins and as we will get to shortly, research is showing that many of these other gluten proteins have the capacity to wreck just as much havoc on our bodies as the more heavily studied gliadin proteins.

What is Gluten Sensitivity? The best definition of gluten sensitivity can be found in The Lancet Neurology journal and is as follows, “Gluten sensitivity is a systemic autoimmune disease with diverse manifestations.  This disorder is characterized by abnormal immunological responsiveness to ingested gluten in genetically susceptible individuals.” Basically individuals with gluten sensitivity are reacting poorly to ingesting gluten however instead of the damage occurring in the small intestine, they have signs of damage in OTHER bodily systems and or regions.

What are the most common symptoms of gluten sensitivity?  There are four major classes of symptoms common in gluten sensitivity.  There are:
1. Autoimmune symptoms
2. Neurological symptoms
3. Gastrointestinal symptoms
4. Skin symptoms
Because gluten sensitivity can result in such a wide array of symptom classes, specific symptoms are almost limitless.  Here is a brief list of some of the most common specific symptoms of gluten sensitivity: Acne, balance issues (known as Gluten Ataxia) bloating, cancer, chronic fatigue syndrome, fatigue, fibromyalgia, hormone imbalances, joint pain, nausea, psychological disorders, thyroid disorders and  weight gain. Now, you may be thinking, “how can there be such a wide variety of symptoms associated from one condition?” The answer is this: Gluten sensitivity results in other conditions and together these related conditions result in a collective array of diverse symptoms. The first major condition that results from gluten sensitivity is increased inflammation.  We now know that excessive inflammation plays a major role in virtually all chronic diseases. You see, when gluten sensitive patients continue to consume gluten this results in increased inflammation each and every time they consume gluten as the person’s immune system gets triggered to attack certain molecules or antigens on the surface of certain gluten proteins. To make matters worse, each bout of excessive inflammation increases their risk of developing the second major condition that results from gluten sensitivity: leaky gut (increased intestinal permeability) which itself leads to malabsorption, nutrient deficiencies, bone loss & osteoporosis, the development of other autoimmune diseases such as rheumatoid arthritis and more!

What actually is leaky gut?  Here is a rough overview.  The lining of the intestinal tract is a highly specialized filter, capable of allowing only certain small well digested food remnants, vitamins, minerals and other complexes across its barrier and into the bloodstream for utilization by the body.  Now anything that makes it across this barrier is seen by the immune system. A properly functioning intestinal barrier is like the fly screen that is in our modern windows. Now think of a mid summer’s night in Maine in a cabin in the woods at midnight.  Outside the cabin there are literally millions of mosquitos. The windows are open, the lights inside the cabin are on, but with flyscreen in place we are happy inside and are not being eaten alive by those pesky mosquitos. Now image what would happen if we replaced the flyscreen with chicken wire… How many of those mosquitos would make it right into the cabin….right, get ready to be eaten alive!  Now this is what happens to our intestines when we develop leaky gut. After enough rounds of intestinal damage, most commonly from eating foods that trigger increased inflammation (foods that we are allergic to or sensitive to), ingesting inflammatory chemical toxins (pesticides, herbicides, food preservatives, artificial sweeteners etc), food poisoning and even after taking a number of common prescription drugs (especially antibiotics), this amazing intestinal lining begins to break down.  Now instead of blocking many particles from crossing over its lining and into the bloodstream, now it lets far too many substances in. Remember, anything that makes it across the intestinal barrier is seen by the immune system as many key immune system cells live in our blood streams and are on duty 24 hours per day 365 days per year. This results in an almost non stop activation of our immune system each and every time we eat. This can make an immune system become hyperactive. A hyperactive immune system is much more likely to become dysfunctional and can begin attacking itself!  This is what research is showing is the likely mechanism behind ALL autoimmune conditions, increased intestinal permeability or leaky gut.   Now you know why autoimmune symptoms can result from gluten sensitivity.

The next big issue to tackle is this: Why is there such a growing prevalence of gluten related disorders?  Has it always been present but we just have better methods to test for it?  The short answers are: There seem to be 8 major reasons that can explain the tremendous rise in gluten related disorders.  No, it has not always been present at the frequency we are seeing today. Now to further explain; A fascinating study in the journal Gastroenterology in 2009 showed that this is indeed a growing problem.  Did you know that armed forces stores blood samples from servicemembers for 30 years? They compared blood samples from almost 10,000 healthy young adults from 1948-1954 to almost 13,000 healthy young adults from recent sampling and what they found was this, “The prevalance of undiagnosed celiac disease seems to have increased dramatically in the United States during the last 50 years”

Lets drill down on the 8 major reasons behind this tremendous rise in gluten related disorders.

Before we get into how to test for gluten sensitivity we must talk about common testing errors.  Due to the abundance of focus on alpha gliadin, many providers when ordering a “gluten” test will only order labs that test for only alpha gliadin.  Furthermost most of these tests are only looking at the classic true allergen response, that being IgE antibody production. Well, research now shows that some individuals that are gluten sensitive may have a normal IgE antibody response, however, they can have abnormal IgG, IgA, IgM & IgD antibody responses and or abnormal T-cell reactions or even abnormal immune complex system reactions.  Therefore testing needs to go above and beyond simple IgE antibody testing and it cannot be limited to only looking at responses to alpha gliadin. To Better test for gluten sensitivity labs should be ordered that will test a variety of antibody responses to a variety of gluten proteins as well as a variety of gluten related enzymes and peptides which gives a more thorough view of the variety of ways one can be reacting abnormally to gluten ingestion.  Cyrex labs is a leader in this sort of advanced testing. I will put a link to their website on our show notes page for today’s episode.

So there you have it, I hope I’ve been able to give you a more solid understanding of gluten sensitivity and that yes, it is real and yes we are seeing more cases than ever before and now you know why.  We began this talk defining some of the key terms like gluten, grains and gliadin. We discussed the difference between celiac disease and gluten sensitivity. We talked about common signs & symptoms of gluten related disorders and how to test for it.  Athletes, especially endurance athletes: you are more likely to be at risk for developing gluten sensitivity due to the higher levels of carbohydrates typically being consumed and for many it comes in the form of wheat and many of the other gluten-associated cross reactive foods, so be alert for the discussed signs and symptoms and know that if you are dealing with any unexplained drops in performance this could be an underlying factor.  For those of you looking for more information I will put some relevant links on our show notes page which you can find at www.thepeakperformancepodcast.com.  Curious about getting tested yourself, call our office at 207-324-7098 and ask to set up a functional medicine & nutrition visit.

This concludes today’s episode of The Peak Performance Podcast, where we discuss tips, tools and strategies for optimizing athletic performance, overall health & wellness! Please SUBSCRIBE to this podcast so that you never miss a future episode, also PLEASE SHARE this podcast with ANYONE you feel may benefit from what we covered today.

Insulin Resistance (IR), a leading cause of Alzheimer’s, Dementia, Diabetes, Obesity, Inflammation & More. Learn what causes IR and what you can do to both prevent & reverse it!

PAIN: Why Pain Is Your Friend And Not The Enemy!

Lorem Ipsum has been the industry's standard dummy text ever since the 1500s, when an unknown printer took a galley of type and scrambled it to make a type specimen book.